My page for CLAW-tu Barada Nikto #3 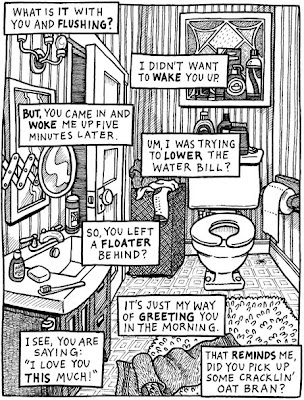 I'm a founder of a group in Washington State called The CLAW. Our newsletter is a bit different than most groups in that it doesn't contain any "news". Even the format is different than other newsletters. The CLAW creates tiny six paged comics called "trashcans" which are created from one 8.5 by 11 piece of paper folded and cut in a unique way. We then take these little treasures and sprinkle them around the city of Tacoma to various bistros, coffee shops, and stores. They are highly sought "found" items. This is the third issue and the them was "Tacoma, City of Density", a play on the city's real motto, "City of Destiny". You can download issues #1 and #2 here.
Posted by PooBahSpiel at 2:18 PM 2 comments: