The Comic Critic review "The Manitou"

The unquestionably absurd premise of The Manitou is that lump on the back of a woman’s neck turns out to be the growing fetus of a four-hundred-year-old shaman going through the process of reincarnation. But the folks who made The Manitou picked it up and ran with it. While this film may not be one of Tony Curtis’s finest or rate a “Classic” status, it does show a lot more creativity and inventiveness than the current derivative spewing of horror movies. The Manitou captured my imagination when I saw it as a high-school teenager. In contemplating how I would review The Manitou, I groped for a way to show my enthusiasm while still commenting on the outlandish premise. I looked at how different my life is now than when I was a teenager. Showing a couple in-the-bathroom-grooming comes from a married man’s perspective. Once I had that angle, the strip basically wrote itself.
Posted by PooBahSpiel at 7:10 AM No comments:

The tragic truth is that you can't take it with you. Most of my house is filled with stuff that has meaning for me, yet have little or no real value to others. Some items might be looked upon as kitschy. I have a large Tunaki piggy bank I brought home from Japan. I associate it with all the good memories of the months I lived there in 1979 & 1980. With age the fake fuzz is peeling off. I also have various gifts that people have given me that hold no value other than they are a gift from a friend. If my wife and I died tomorrow I'm pretty sure that nearly everything we own would either end up in a landfill or would be on a thrift store shelf. I know stuff in my office closet I will never need again. Why do I hang onto it?

One year I made a New Year Resolution that each week I would fill up a cardboard box (a standard filing box) with stuff that I would either donate or toss. This was a lot harder to do than I thought. I managed to fill up the box only 48 times out of those 52 weeks. It was like pulling teeth. And now I can't even tell you what was inside those boxes. On top of that I noticed a something terrible: I got new stuff to replace the old stuff. So, I didn't end up cleaning out anything at all. The new crap stuff just meant more to me than the old crap stuff. 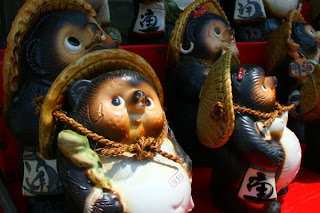 Posted by PooBahSpiel at 11:22 AM No comments:

Email ThisBlogThis!Share to TwitterShare to FacebookShare to Pinterest
Labels: hoarding, stuff, The Return of Stickman, Tunaki

The Comic Critic's Review of "The Flight of the Phoenix"

The 1965 release of The Flight of the Phoenix is my favorite. I wished I’d seen it on the big screen. I could only imagine how much more captivated I would have been than seeing it on television. As it was, any time it came on, I was instantly lured into watching it again. The story of these men trying to survive in the desert while they worked together with the trust that one of them just might be smart enough to save all their lives was enthralling. When I heard about the remake, I hurried to the theater in the hopes that I would re-experience that thrilling adventure through a new crafting of the story. What I got was–not the same thrill. Apparently, the powers-that-be thought the story could use a few more explosions, obvious testosterone, and a hammy chase scene. Each addition was overly garish. I felt I was looking at a waitress’s overly flared apron instead of a movie. Until I saw the second one, I had not realized what restraint had been enforced in the first movie to make it work for the better.  The second is a fun film. The first is a thriller. In drawing this review, I showed elements that exist in both that I liked so much.

Posted by PooBahSpiel at 7:01 AM No comments: