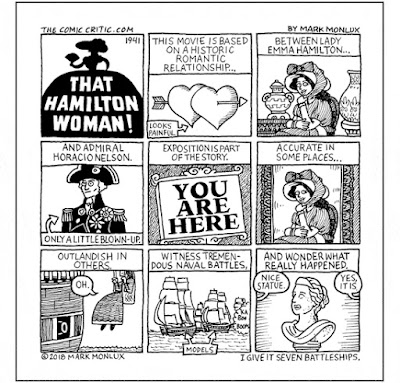 By all accounts, Emma Hamilton was quite an interesting person. A daughter of a blacksmith who died when she was two, she was a girl of the 1700s who had limited options. So she pushed past these limitations by pushing aside convention. At the start of That Hamilton Woman, the audience is teased with her history, a history presented so colorfully and cheerfully that we think it must be a tall tale or outlandish gossip. In reality, it barely touched on the truth. This whole movie barely touches on the truth. But it does a good job of providing the audience a sense of the deep, unrelenting love between two people whose combined remarkable talents were drawn upon by their country, and feel the sorrow of the tragedy that befalls even the most common of people. While the movie may not accurately reflect what actually happened, viewers can empathize with its dramatization as well as they can empathize with the secret lives unknown to history.
Posted by PooBahSpiel at 9:56 AM 1 comment: 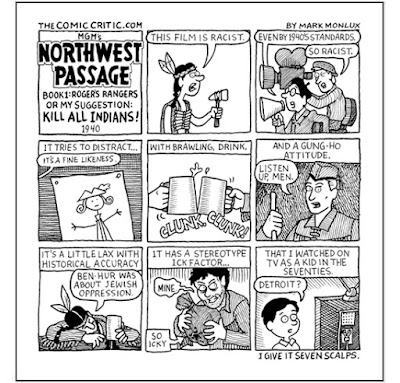