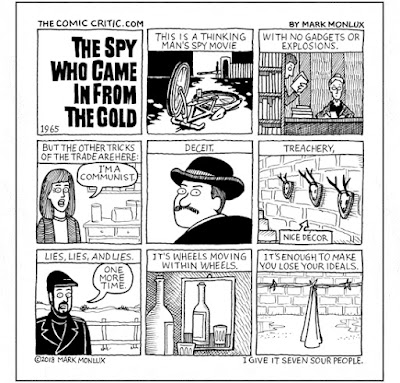 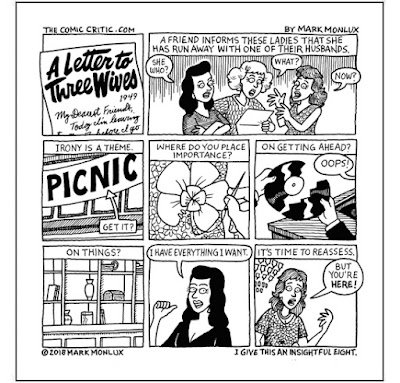 A Letter to Three Wives is one of the few movies in the forties that pass the Bechdel Test. Perhaps that’s because Vera Caspary did the screen adaptation from a Cosmopolitan Magazine novel by John Klempner. Caspary, a writer of movies and novels, also wrote the movie Laura. Perhaps her influence is why this movie is dialogue driven, with even casual remarks bearing weight and meaning. A Letter to Three Wives is all about wants and desires, and how to people rationalize, pursue, and achieve them. A Letter to Three Wives pulls everything from the shadows. Consumption, advertising, and financial security are all dragged into the open. It’s a dialogue-driven movie because it’s through dialogue that fears, secrets, and concerns are revealed for the purpose of creating better relationships. This is what brings the drama because we know from the beginning of the movie that one relationship has been betrayed, doomed by closeted secrets and feelings. A Letter to Three Wives is meant to have people take a second look at both their desires and how they are pursued. A Letter to Three Wives might get a little preachy in places. But soapbox rants are just as much a part of relationships as words or cooing love or snarky teasing. The movie holds up well and even if the trappings of the world have changed, the same dialogue could be played out today, just as relevant now as in 1949.
Posted by PooBahSpiel at 10:22 PM No comments: