The Making of a Poster

When my friends Michael and Chy Shaudis told me they were going to start a Zombie Festival called Tacoma Zombpocalypse, I was thrilled. And I immediately signed up to have a table at the event. I first met Michael and Chy when Michael became a member of The CLAW. It was only natural then that Michael would call upon some of the talent at hand to do a series of posters for the event. Mark Brill did the first poster. 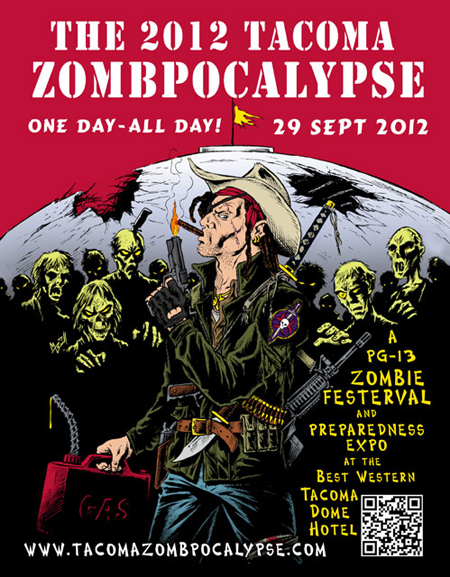 I first saw his poster at Crypticon where Mark Brill and I were sharing a table. The Shaudis's were also there sharing a bit of table space with Poison Apple. Now it was my turn to create a poster. Mark Brill already used the Tacoma Dome as a landmark and I didn't want to repeat that. I did want to play off the "Zombie Hunter" character he created. The next landmark that came to mind was the neglected Old City Hall Clock Tower. I remembered that James Stowe, another member of The CLAW, submitted a poster design to the Grand Theater back in 2008. 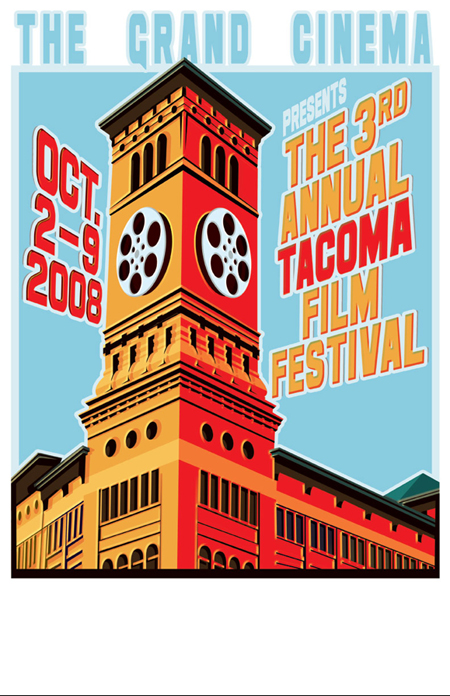 I always thought it should've been the winning entry. I was bummed when it wasn't used. Stowe is a great guy. A couple of months ago at a CLAW drawing session we all pulled sounds out of a hat and had to draw a picture which used that sound. The sound I drew was "Tchakka!" I drew Stowe cocking a shotgun. 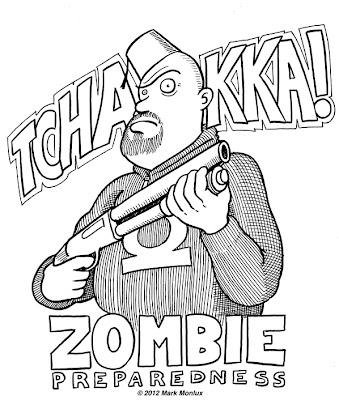 Stowe thought it was great. So I decided to pay an homage to both Stowe's art and the man himself but using both of these elements in my final poster design. 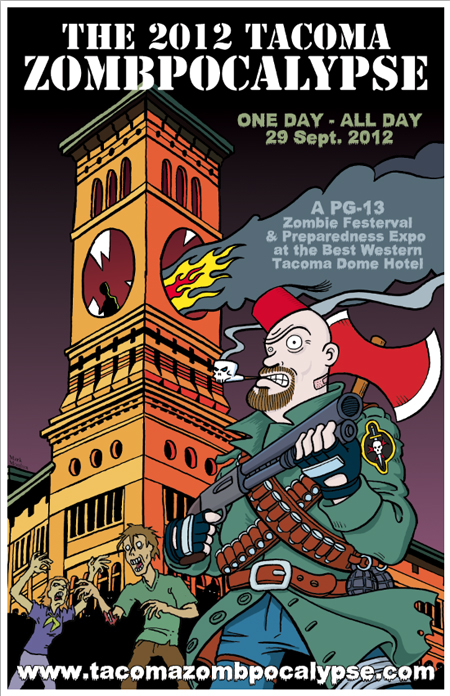 And that my dear friends is the story of the making of this poster. Limited signed editions of this poster without the copy will be available in the near future. I will let you know when they come off the presses.

Posted by PooBahSpiel at 9:17 AM No comments: